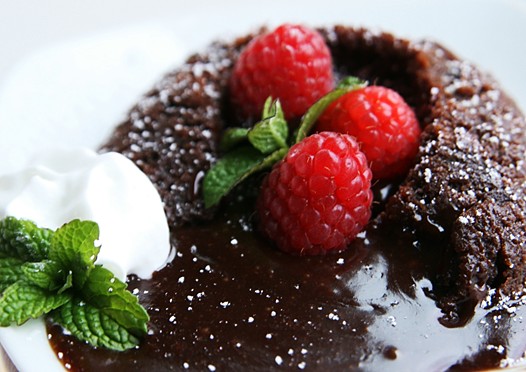 One of my m0st favorite desserts to make for Valentine’s Day or special occasions are molten lava cakes.  If you’re not familiar with these special chocolate cakes you’re in for a real treat.  Each cake is baked in individual cups (or cupcake tin) and served warm with a melt in your mouth chocolate liquid center (lava).

Don’t let the photo intimidate you from making these miniature decadent chocolate cakes from heaven. This recipe is really easy, quick to prepare and bake, forgiving, and will make you look like a rock-star.  As a warning, if you  dust them with a little powdered sugar, whipped cream, or a scoop of vanilla or mint ice cream, you may earn a reputation as a “Dessert Diva” and will be required to make these every time company comes over.  And if you are a guy making this for your sweetie… trust me on this, chocolate is the way to a woman’s heart.

These cakes are as good as the ones you order in fancy restaurants not to mention for a lot less expensive.  So if you’re looking for a great easy chocolate cake dessert to serve for your next romantic dinner or dinner may I suggest these molten lava cakes? Enjoy! 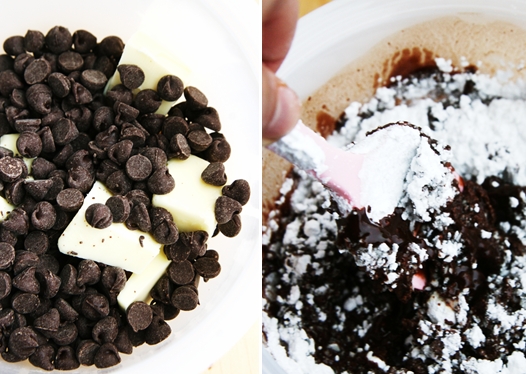 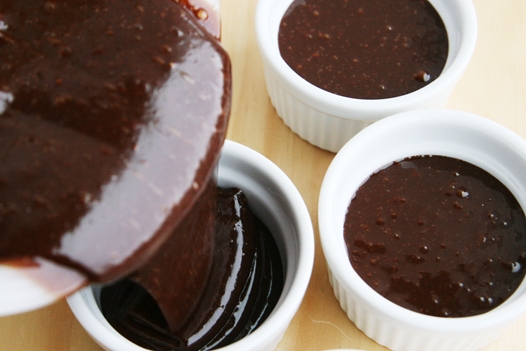 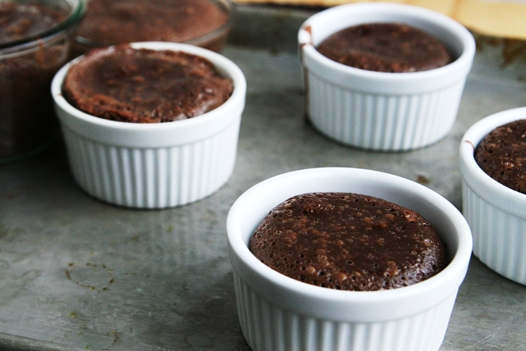 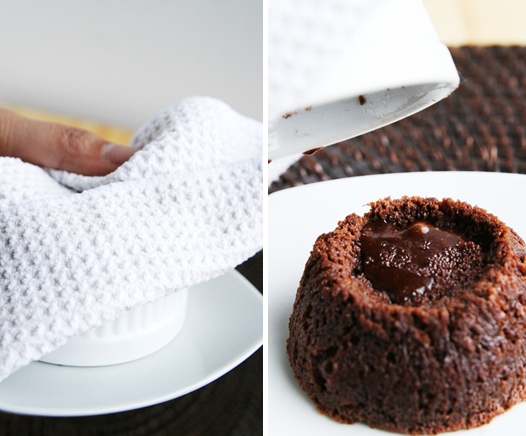 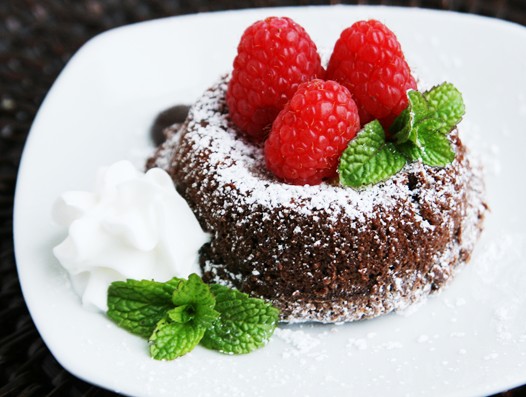