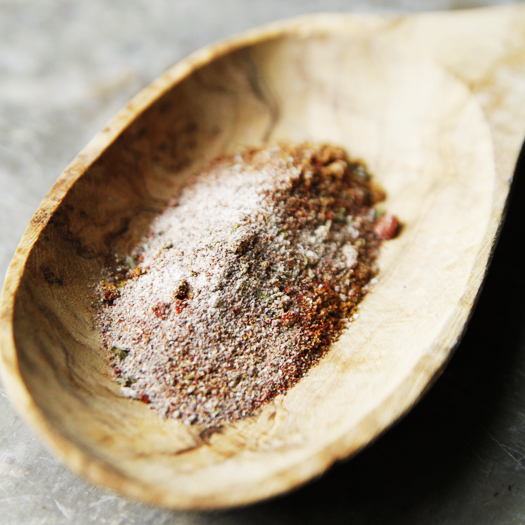 The last ten months has been a roller coaster of emotions, major life changes, and everything in between.  We bought a new home and sold our old one.  The girls started school and my youngest child started his first year of preschool two days a week for two hours a day.  Add soccer practices, games, swim team commitments, play dates, and other family outings, by 10 p.m. I’m exhausted. By the time I get the kids to bed the only thing I want to do is watch Mad Men while eating ice cream.

Not a day goes by when someone doesn’t ask me how the unpacking and settling into our new home is going.  The truth is, most of our things are still in boxes in the garage.  My husband jokingly told me we should just donate all the boxes to charity and start over.  I thought he was so silly for even suggesting this in jest a month ago but the idea is becoming more tempting by the day.  Living out of boxes does have its privileges.  Our house remains pretty clean because there really isn’t much to mess up.  Eli’s toys are confined to a 18×18-inch box and most of the rooms are essentially empty.  The great thing about living in an empty house is letting the kids and their friends literally run around in circles.  I’ve also enjoyed cooking in my new kitchen, much more so than our old house. 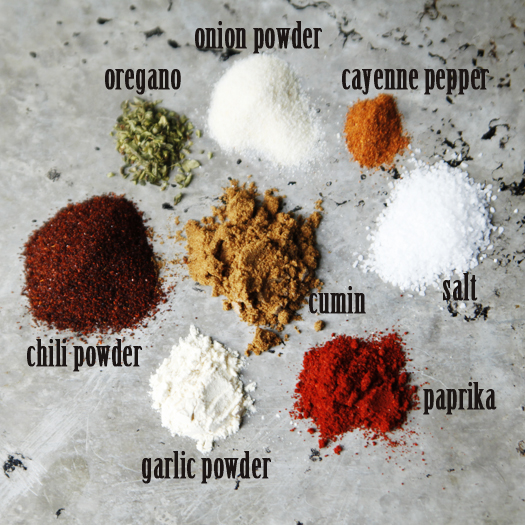 On more than one occasion my husband has suggested I make hard shell tacos for dinner.  I found this rather odd coming from him because I think I’ve made ground beef hard shell tacos only two times during our marriage.  I’m not sure why I haven’t made tacos more often.  Perhaps it’s because I’ve grown accustomed to making and eating taco truck style tacos with carne asada and pico de gallo.  The only other reason I can think of is because of the off taste of those taco seasoning spice packets you buy from the store.  My mom used to make tacos and I never liked the flavor or aftertaste of those spice packets.  Something always seemed very unpleasant to me. Tonight I decided to indulge in my husband’s taco cravings and make my own taco seasoning mix.  After doing some research on the internet, most basic recipes commonly use chili powder, paprika, onion powder, garlic powder, and cayenne pepper.  To this, some people add oregano and others add cumin.  Some recipes called for salt and some omitted salt altogether.  I decided to experiment with my own proportions based on how I like to season food. I mix ground beef with my spice concoction and cooked it until done.  The blend of spices and flavor was so good.  It was so much better than those strangely powdered taco seasoning packets that any reservations I’ve held on to about making hard shell tacos seemed to not be an issue anymore. Best of all, the spices I used were the ones most people commonly have in their pantry.  Making your own spice packets not only is more economical, it is far superior in flavor than the package variety.

I ended up cooking one pound of ground meat and I was very pleased that ALL three of my kids loved dinner tonight.  Not one speck of meat was left – a mother’s victory on two fronts.  This is a great recipe by itself but can be a great baseline for making your own taco seasoning mix, especially if you prefer certain spices over others.  Feel free to tweak to your own personal liking. Enjoy! 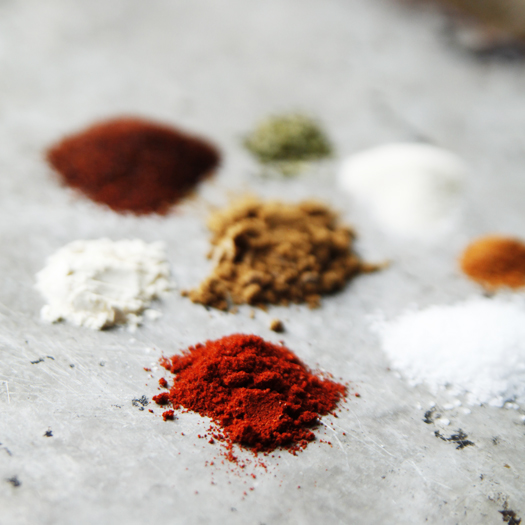