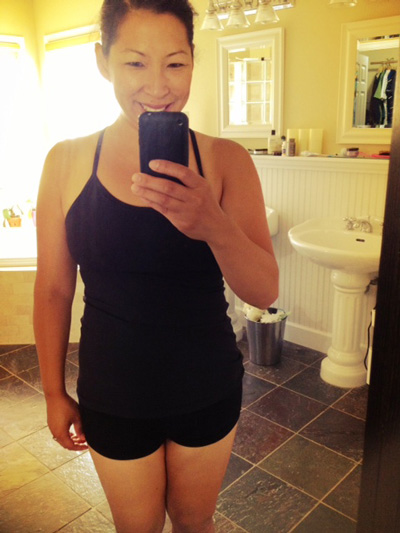 Only a weirdo like me would enjoy obsessing about every possible theory about my health and experimenting in different ways for the sake of wholeness and wellness. Last week I wrote part 1 of this unintended journey my husband and I found ourselves on. Since my last post I am still in the same state of mind where I’m doing all sorts of different things based on my research and findings. I know this all sounds vague, because it is, but with good reason. My goal is to improve my health. Some things I have clear answers on and other things I’m still investigating. I can’t really explain any of this with sound reasoning because it changes day to day. But because so many of you have shared you are struggling like I was with exhaustion, fatigue, and other ailments which causes you to not live as optimally as you would like, I will share with you just my own story and perhaps it will help you on your own journey.

One thing I find so funny, but not really, is how quickly people notice my sudden weight loss but are not that interested in understanding what triggered my journey and what I’m trying to accomplish – which is a holistic type of wellness which cannot be found in a magic pill. Usually they want to know the exact formula on how to lose weight quickly. If you are one of these people, this post is going to really disappoint you.
Instead, I can explain to you what has been going through my mind and how this has motivated me and continues to motivate me to seek answers to questions which I continually have.

As I wrote in my last post, two months ago I found myself extremely exhausted. Needing to take long naps during the day and finding it challenging walking up a flight of stairs to my bedroom, I could tell something was very wrong. Still though, I thought if I pushed through it, everything would get better. It didn’t. After researching online a bit, I believe I was suffering from Adrenal Fatigue. As a result I knew I had to eliminate stress and make some changes. At this time my sister and brother-in-law had been making changes to their diets with noticeable results. Not quite vegan, their meat consumption dropped dramatically, and they had been eating a mostly vegetarian diet including homemade juices.

Naturally I asked her about the changes she had been making and immediately I went through a mental checklist of why I could never do what she was doing. Yet, I knew something had to change.

One night, very late into the evening I decided to watch Fat, Sick, and Nearly Dead on Netflix. Rob was asleep but woke up while I was watching on my little iPhone. He ended up watching most of the movie with me. If you’re not familiar with this documentary, it is about 2 men who weighed over 300 pounds and lost a considerable amount of weight by drinking nothing but green vegetable juice for 60 days. Their goal was to get off of medication for severe health conditions they were suffering from. After watching the movie, my husband and I decided on drinking one green juice a day to see if our energy levels increased. What I decided to do was give up my morning coffee and instead drink a green juice made from kale, celery, cucumber, lemon, ginger, and green apple. We would go to a nearby juice bar (Alive Juice Bar in Shoreline, WA) and buy one every morning. We did this for 3 weeks. I did not miss my morning coffee and surprisingly I stopped drinking coffee in the afternoon as well. At this point we decided to invest in a decent juicer to make them at home.

Rob decided he wanted to do a 15 day juice fast / detox cleanse and I decided on 5 days. I usually do a cleanse of some sort each year and 5 days is my limit. It was during this time my energy levels increased and my mental clarity was improving. Rob lost about 18 pounds in 15 days, I lost about 8 pounds in 6 days. Since this journey was never about weight loss per se, it was nice to fit back into clothes I missed wearing. A common benefit of doing a cleanse like this is how it resets so much within the body including sleep patterns, energy levels, and cravings. It also improves skin and can lead to weight loss.

After the cleanse I decided to use the time to try a raw and vegan diet for a week. This allowed me to understand to even a greater degree how important the role of whole foods, especially plant-based foods play in total wellness. During the raw/vegan week I lost more weight because I was also walking. Instead of driving to the store, I would walk. I downloaded a nice walking app called MapMyWalk to track how far I would walk which was great incentive to walk more.

However, it was after our cleanse that I suspected we both cleaned any toxic barrier in our intestines enabling us to absorb nutrients better but also intensifying any existing food sensitivities we knowingly or unknowingly had – at least in theory.

Rob, who suffers from gout attacks, woke up one morning after attending a birthday party and eating a few chicken wings with a severe attack. Attacks usually happen when he eats a lot of meat over a period of time. His new attack was out of character because he had not been eating meat for weeks. It was strange considering he had not had any meat for several weeks.  Then he had another attack the following week and one more small attack a week after.  Reading about gout, it turns out some vegetables can trigger high uric acid levels in the body. Gosh, who knew!?  Then there was me. I would discover through the process of an elimination diet that I have a dairy sensitivity. This would make sense to me because both of my daughters are also sensitive to dairy. When I ingest dairy I get extremely tired. To test this theory, I drank some form of dairy for nearly 2 weeks each morning to see what would happen. Each and every time I felt like I could not get up and think clearly. This would explain why when I would drink lattes every morning I felt immune to the effects of coffee. It wasn’t that the caffeine wasn’t doing its job, it’s that the effects of the dairy were so much more prevalent than the caffeine. I always thought I was immune to coffee. If I am going to eat dairy, I wait until the evening. This way it doesn’t keep me feeling tired during the day and it actually helps me to fall asleep.

I also downloaded another app called My Fitness Pal to track what I was eating. I read online that multiplying your body weight by 10-12 calories is what your body needs to function each day. So by tracking what I ate, I would try to stay within this range. However, with the all the walking I was doing, this accelerated my body losing weight more quickly.

To me, reducing stress became a priority. By walking everywhere, I was taking advantage of a natural FREE stress reliever not to mention I felt stronger with each day. I started with 10 minutes a day and try to get in at least 30 minutes now days. Having a couple close friends to walk with is also a great added bonus. Staying offline has also been a huge de-stresser. I don’t know what it is about social media and the internet but I find it stressful. It’s too much non-essential, unimportant information coming at me all at once. I realize the fact that I blog puts me in the category of having an internet presence. I’m just saying that social media (to me) is a non-stop party I need a break from. I’m averaging about 5 minutes a day on social media which is all I can handle currently.

So where does this leave me today? Well, I’ve cut dairy out of my mornings and for the most part, out of my day. I know if I eat it then I should expect to feel tired. This is very empowering because I have a choice in all of this. I’ve cut a lot of meat out of my diet. I still eat it, just not in massive quantities. As for as baking and desserts, I still eat this but I limit myself smaller portions. No more gigantic serving sizes for me. I try to limit desserts to about 4-6 very satisfying bites. I still eat a small piece of dark chocolate every night and I only drink alcohol on social occasions. Which reminds me, I haven’t had any in about 1 ½ months. Recently I dusted off some 10 pound dumbbells I had in my closet and try to use them a few times a week.

All in all I’m feeling better. I feel like I’m at a 65-70% optimal wellness rate. This is great considering I was feeling about 35-50% a couple months ago. Ideally, I would like to get to an 85-90% rate. I’m hoping as Fall approaches and the holiday season sneaks upon me that I’ll be able to maintain the gains I’ve made this summer. Who knows. But for today, I’ll keep walking and listening to what my body needs, responding accordingly.