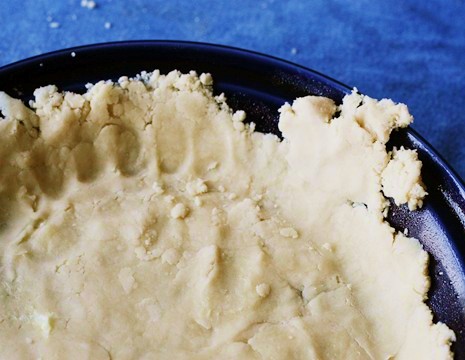 [donotprint]
I’ve been getting a few emails lately about the type of pie crusts I like to use. Truthfully it depends. Depending on the recipe and how much time I have (which isn’t very much) I will use 1 of 2 types of crusts.

My preferred pie crust is what I like to call “the cheater’s pie crust” because it involves no rolling and produces flaky, buttery, scratch-baking goodness only a homemade crust can deliver. When I’ve baked pies or quiches with this crust most people are surprised when I tell them I used a no-roll method. All of a sudden they become very interested in learning this method because several of them have avoided making scratch pie crust because they feel intimidated by having to roll the dough out. Fair enough.. I don’t fault them and I don’t blame them. Frankly, I don’t like having to roll pie crust out either. This is why I started making scratch pie crust using the no-roll method. 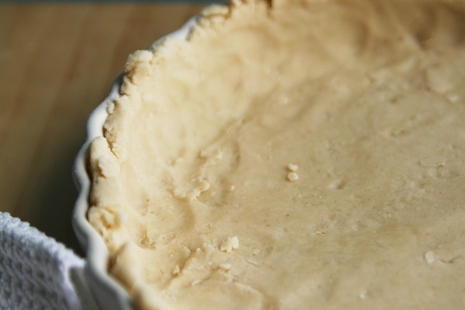 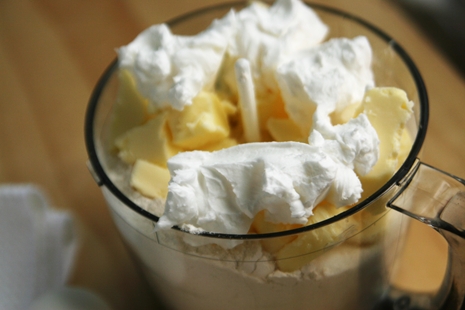 The secret to making no roll pie crust is a food processor and then pressing the dough into the pie plate until it is fully covered. Don’t worry if you don’t have a food processor, you can also use a fork or your fingers. A food processor will just make this recipe extremely easy. Keep in mind this method only works for pies and quiches which require a pie crust shell. If you need a pie crust to over the top of your dish, you will have to roll the top portion out. For beautiful edges around your pie crust, you will use the left over dough mix and roll strands out – like working with play-dough making a long snake like strand by rolling back and forth dough in the palms of your hands. Afterward, you will gently lay the strand of dough around the edge of your pie plate and either use the backside of the fork to make beautiful impressions or the thumb and finger method to make zigzag type edging. When you bake your pie, everyone will think you’re a rock-star for making your own crust. Don’t worry, your secret is safe with me and no one has to know you spent very little time working on it.

This method has been used on Savory Sweet Life for this Cherry Pie recipe as well as the Sweet Potato pie. 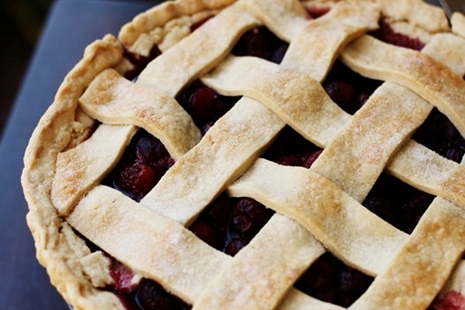 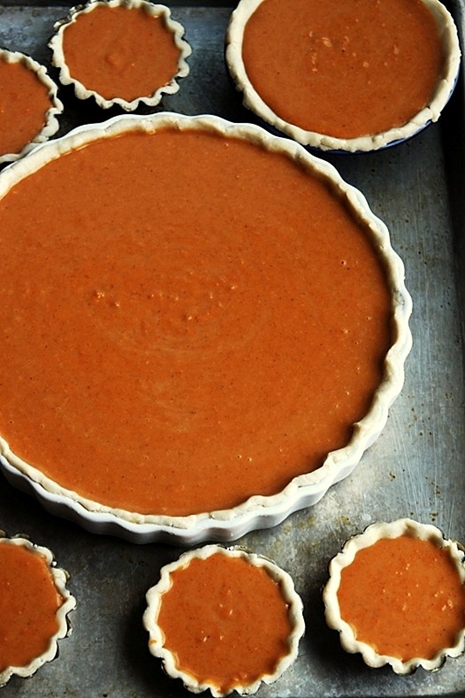 The other pie crust I use is another cheater’s trick. When I’m short on time and energy I will occasionally buy Pillsbury pie crust from the refrigerated section of the grocery store. It comes with two pie crusts sealed in individual packages and all you do is unroll them, press them into your pie plate and voila! I’ve bought the generic brand of pie crusts as well and have concluded I like the Pillsbury one better. I never buy frozen pie dough already in aluminum pie plates. The reason is this, typically the shells are smaller and they look commercial in nature. If you’re going to cheat using this method, why not make it look like you’ve spent a lot of time making it?

Most recently I used the store-bough crust for the Spinach Ricotta Quiche Recipe I posted here on Savory Sweet Life. 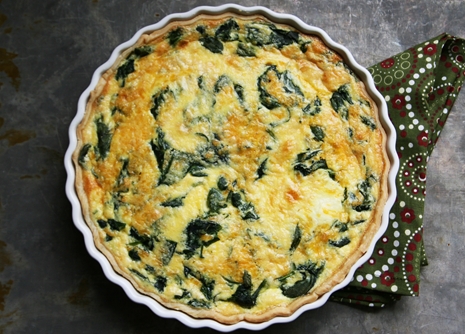 1Tbl. of sugar if using for a sweet filled pie. If using this recipe for a savory pie, omit sugar.

1 tsp. white vinegar
*up to 2 tablespoons of cold water if needed

Using a food processor, pulsate flour, butter, shortening, salt, and sugar until the mixture resembles coarse corn meal. If you don’t have a food processor you can use a fork or your fingers. Add vinegar to the mixture and 1/2 Tbl. of cold water at a time until you get a workable dough. What is a workable dough? When the dough has enough elasticity that you can roll it out on a floured surface without it crumbling on you. You want to be careful only to add 1/2 Tbl. at a time because you also don’t want to have it too wet. You just want to add enough water to your dough so it is workable.

Instead of rolling the dough out, I grab a handful of dough and pat it into my pie plate (which has been coated with non-stick spray). As you pat the dough down, make sure you do it as evenly as possible. You want the crust to be approx. 1/8″ high. Use any remaining dough to make “dough” strands to attach to the edging. To do this, take a ball of dough and rub your palms together back and forth to make a 1/4″ thick strand. Place the strand around the edge of the pie plate. Crimp the edges of your pie crust by using a fork or your fingers. Use this crust for all any recipe calling for pie-crust. Enjoy!

PS: I like to poke the bottom of my pie plate with a fork all over.