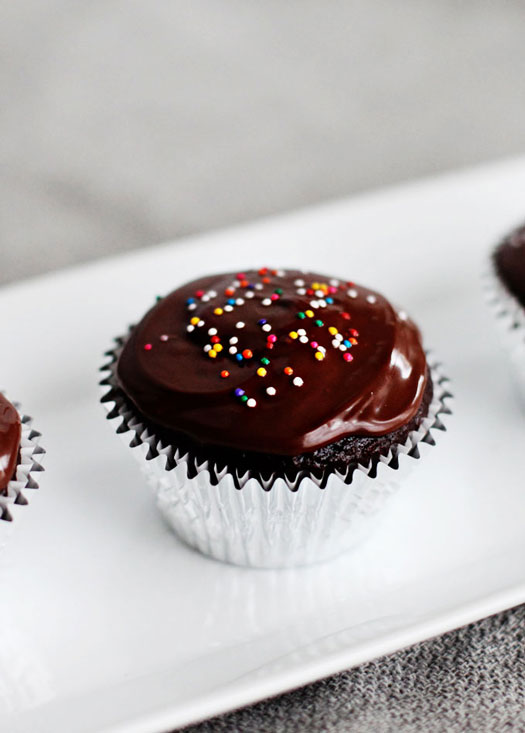 Since when did frosting become the show stopping centerpiece piled inches high on top of a humble cupcake? I will never understand this phenomenon of decorating cupcakes with so much frosting that in volume almost meets or sometimes exceeds the cake itself. It used to be I would only see this happen in grocery store bakeries where various shades of neon tinted (shortening based) frosting were swirled on top of cupcakes as if it were a single serving of soft-serve frozen yogurt. So much damn frosting. I still cringe when I see these cupcakes make an appearance at a party or function we’re attending. And no, I’m not being a cupcake snob. I’m strictly thinking about the amount of butter (or shortening) and sugar people are consuming in the frosting along. If I had to guess, I would say at least a half stick of butter.

Whatever happened to the simple cupcake of my youth? Like the ones that only had a light smear of homemade frosting in shades of pale buttery off white or dark cocoa brown – old school. Anytime I went to a birthday party I would stalk the table where the cake or cupcakes presented themselves in a rustic manner. I would stare at them like they were beautiful works of art. I was smitten. My thoughts would be consumed with anticipation and expectancy. To me, eating a simple cupcake meant retreating into a moment of joyful bliss where nothing or no one could ruin those few bites of the happiness I felt just being able to eat one. Whether the cupcake had sprinkles or not did not matter. What I wanted with each bite was the perfect marriage of cupcake to frosting ratio. It’s still all I want. 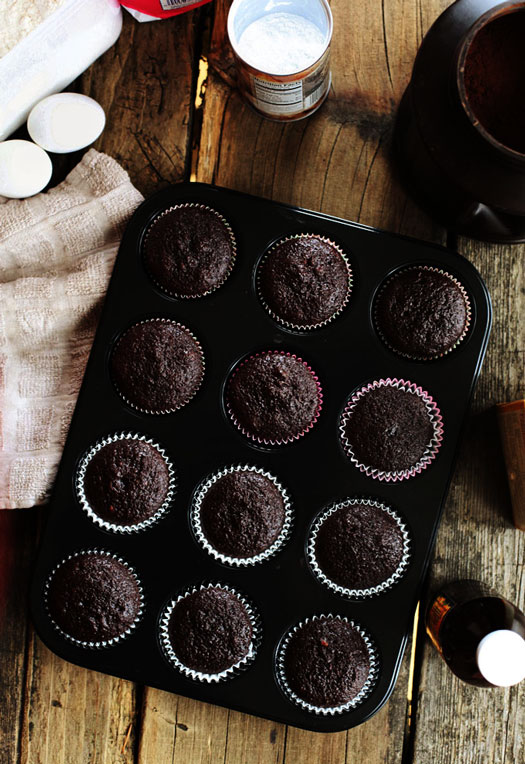 This leads me back to this recipe for one-bowl chocolate cupcakes. It’s slightly adapted recipe from the Hershey’s container. Personally, I think the original recipe is slightly too sweet for my taste. And I have discovered, most kids these days go straight for the frosting and neglect the cake because even they know it’s just the base to hold the frosting which to them is pure crack sugar. But, guess what? If you give a child a cupcake with just a light layer of frosting, I’ve discovered they will eat the cupcake without licking the frosting off first and enjoy every last crumb.

Perhaps I’m just in denial in the times we’re living. Go ahead, call me old. Yet, give me a scratch cupcake with a couple teaspoons of frosting, at most, and you’ll see a grown woman nostalgically enjoy a few bites of cake like she was five years old again.

Below is our latest PBS episode of Kitchen Explorers baking these cupcakes. Hope you enjoy.