[donotprint] Destiny does not keep track of time.  When the time comes for fate to make herself known, one cannot argue with her.  Sometimes destiny and dessert collide, and I love it when this happens.  It’s after midnight and I am cleaning out some drawers.  I hate cleaning – not as much as I hate doing dishes or laundry but it’s up there high enough which makes it worth mentioning.   Whenever I feel unmotivated to clean (something I loathe doing so much), I look for distractions or start new projects just to avoid having to face reality.  This is called denial.  So here I am, in my dirty, flour dusted clothes baking Fat Witch Bakery’s Congo bars made with a buttery graham cracker crust and topped off with a sticky, sweet, gooey, coconut-pecan-chocolate chip topping -kind of like a seven layer bar.  And in case you’re wondering why I mentioned destiny and fate, you would have to understand how remarkable it truly is to be out of so many pantry ingredients, including white sugar, yet have just enough of all the ingredients I need on hand to bake such a memorable midnight treat.  The chances of this happening in my kitchen is 1 in a gazillion.

An hour ago I was thinking I should finish putting away everything I had taken out of the drawers but then I decided my time would be far better spent baking brownies.  Wouldn’t you agree?  But then I discovered I had a problem.  I was all out of cocoa powder and sugar.  And although I could have remedied this quickly by driving to the grocery store, I reminded myself I should finish what I’ve started.  Denial, desire, and excuses – the irony of it all.  But when life gives you no sugar, bake something anyway.  We’re back to denial, again.

Last month, I received a review copy of one of my most favorite new cookbooks,  Fat Witch Brownies: Brownies, Blondies, and Bars from New York’s Legendary Fat Witch Bakery by Patricia Helding.  As I thumbed through each page filled with delectable brownies and bars, I came across this recipe for Congo bars.  Wishfully hoping, I looked at the ingredient list and destiny arrived – a hallelujah moment indeed.  My pathetic pantry had just enough chopped pecans the recipe called for.  I also happen to have one can of condensed milk.  I usually only have semi-chocolate chips but yesterday while baking cookies I discovered I had purchased milk chocolate chips instead of the white ones I needed.  Wouldn’t you know the Congo bar recipe called for milk chocolate chips?  I told you.. tonight’s late night baking was meant to be. If you’re wondering how the Congo bars turned out, I have three words for you. OH MY GOODNESS!  I was nervous about the amount of salt called for in the crust and none in the topping but Patricia obviously knew what she was doing.  The crust is perfectly salty sweet which balances the topping beautiful.  These bars are truly heavenly.

I’m going to hold off for right now from explaining why this is one of my new favorite cookbooks and instead leave you with the recipe.  I’ll do a more formal write up in the near future.  Enjoy! [/donotprint]

Reprinted by Permission by Rodale

Headnote from Patricia Helding: ” I think the name comes from the lineup of graham crackers, condensed milk, chocolate chips, and shredded coconut.  This version doesn’t skimp on any of them and adds pecans to boot.  These are a delicious after-soccer hit with kids, but if there’s a platter put in front of football-watching adults… they’ll be gone before halftime.  You can make graham cracker crumbs in the food processor, or do it the old-fashioned way by putting whole crackers in a reasonable plastic bag and crushing them with a rolling pin.”

Grease a 9-inch x 9-inch baking pan with butter.  Dust with flour and tap out the excess.  Preheat the oven to 350 F. degrees.

To make the crust, measure the flour, baking powder, and salt and then sift together into a medium bowl.  Stir in the graham cracker crumbs and light brown sugar.  Mix well.  Cut the butter into a few pieces and mix into the dough with a fork until the dough is crumbly.  Continue mixing with your hands until smooth.  Spread the dough evenly in a thin layer in the prepared baking pan, pressing down with your hands.  Bake for 10 minutes or until the crust is slightly golden.  Remove from the oven and set aside.  While the crust is cooling, prepare the topping.

Mix together the coconut, both chocolate chips, and the condensed milk with a spoon.  Add the pecans, if desired.  Spread the mixture evenly over the baked crust.

Bake for 20 minutes or until the top is well-set and light brown.  Watch carefully at the end of baking time and do not let the top become too bubbly or dark.  Remove from the oven and let cool on a rack for 2 hours or until chocolate chips are no longer soft.  Cut just before serving.  Makes 12-16 bars 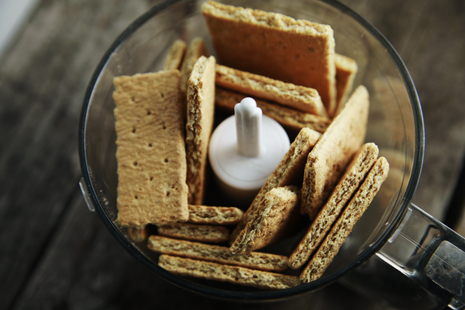 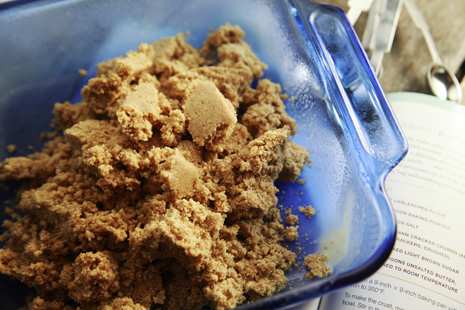 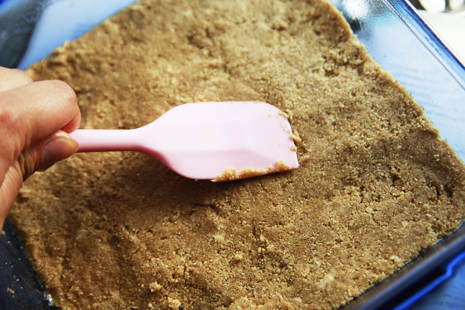 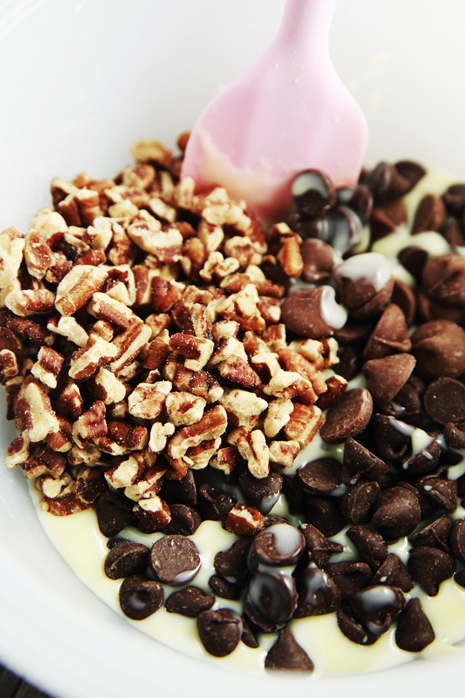 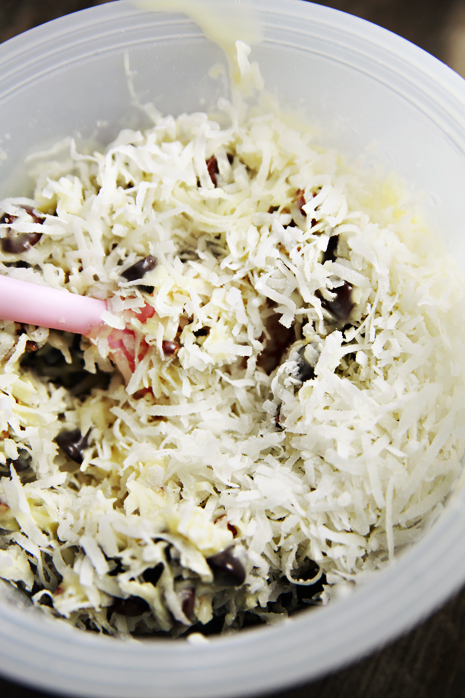 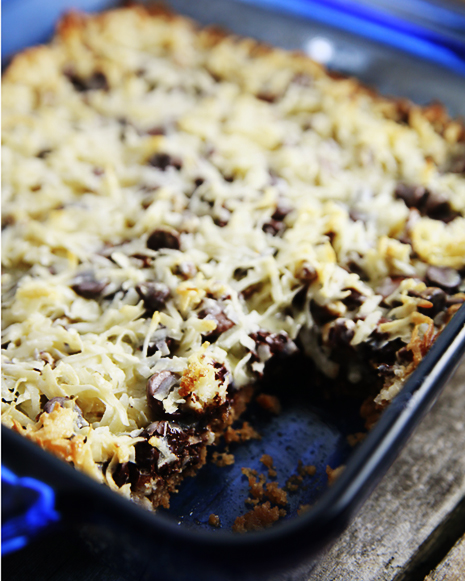