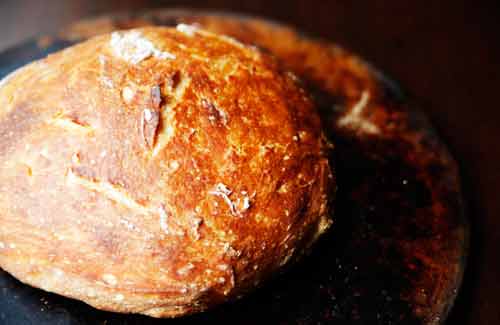 I missed the the No-Knead bread phenomena in 2006 when Mark Bittman posted Jim Lahey’s recipe for No-Knead Bread in the New York Times.  Lahey’s ridiculously easy method for mixing bread dough and his method for baking it in a pot went viral as people around the world discovered they could, too, bake beautiful crusty artisan rustic bread at home without the fuss.  It wasn’t until a couple years ago I heard about No-Knead bread when my neighbor brought over a loaf and we ended up sharing slices of yummy white bread slathered in buter and jam.

When Sarah told me how easy it was to make bread at home I didn’t believe her.  I thought she was joking because I believe in the saying, if it sounds too good to be true then it probably is.  But it was gloriously true.  And since then I have become a convert. 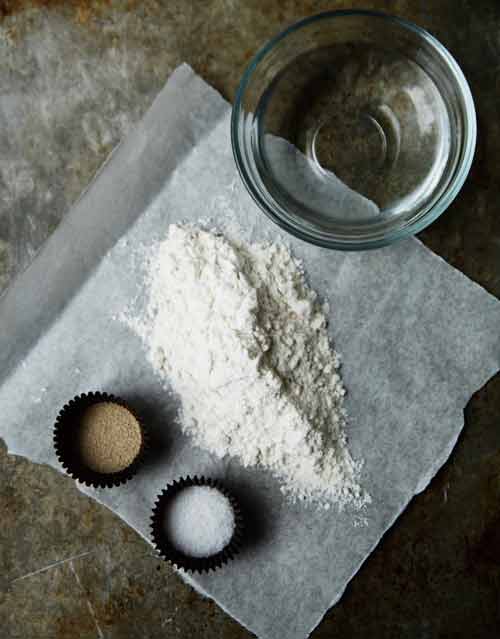 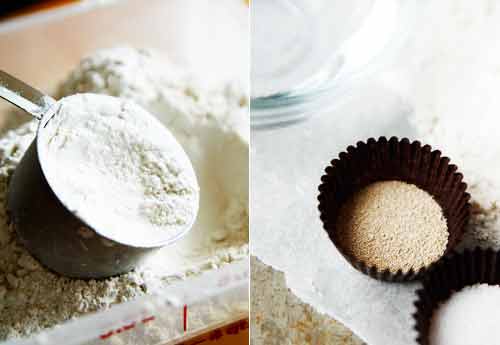 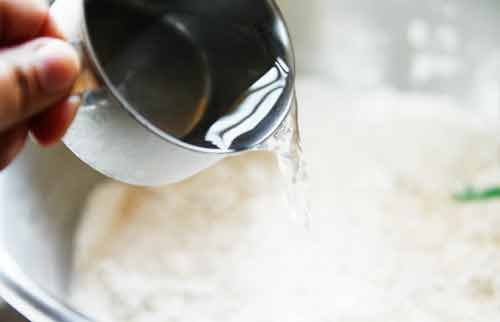 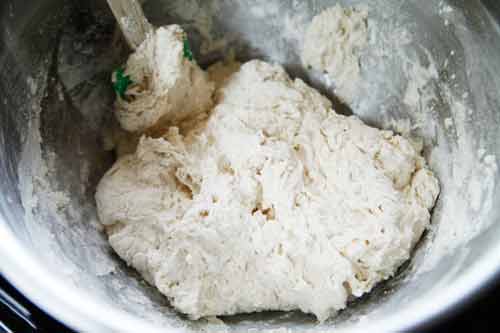 To make the bread is fairly simple.  You mix luke warm water, flour, yeast, and salt in a bowl with a spoon unil the dry ingredients have been completed mixed with the water. It takes less than one minute.  From there you cover the bowl with a wet  kitchen towel, plastic wrap, or foil.  You let the dough rest overnight.  This is where I do things a little bit different than Lahey.  The original recipe calls for folding the dough and letting it go a second rise in a cloth generously covered in flour.  When it comes time to bake, you preheat a cast-iron pot with the lid on.  When the oven is ready, you are suppose to carefully remove the lid and transfer the bread into the hot pot without burning yourself. 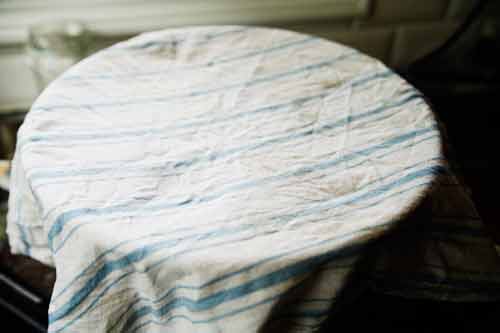 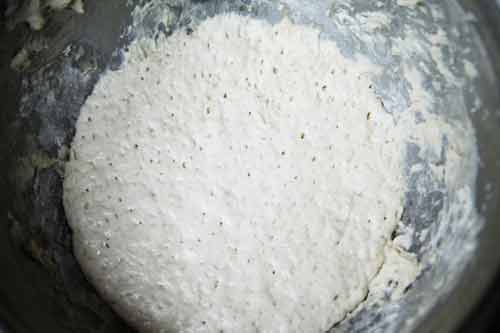 I had multiple issues with doing it this way.  Often times my bread would stick to the cloth – a bread baking no-no.  I hated having to pull dough from the cloth and then throwing the cloth away because I was always afraid to wash it with my other laundry.  Then there was the whole issue I had with making sure I didn’t burn myself when transferring the dough to the hot pot.  This was a source of some bread baking anxiety that often occured for me.  Sometimes the bottom crust of the bread would burn but I still found baking this bread worth it.  That is, until I discovered a few tips and tricks to make it so easy, it’s practically fail proof. 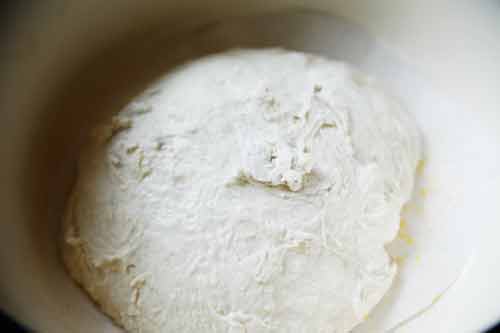 The way I make No-Bread is by mixing the ingredients like the original method and letting it rest overnight.  The next day when I’m ready to bake, I line the bottom of my pots (1 cast iron and the other one a normal non-stick soup pot) with a small square of parchment paper.  Instead of punching the dough down for a second rise, I add just enough flour to the bubbly looking dough (because I make two at a time) so I can scoop the dough from the bowl without it sticking too much to my hands.  From there I place the loosely formed dough ball in the center of each pot.  I cover the pots with lids and stick them both in my cold oven.  I set the oven temperature to 450 degrees F. and my kitchen timer for 30 minutes.  When my timer goes off I carefully open the oven door and remove both lids and close the oven door for the bread to continue to bake. I set my timer for another 30 minutes.  When the timer rings, I carefully remove the pots from the oven.

Inside the pots are beautiful, rustic, artisan-like bread which can only be described as glorious.  I grab clean kitchen towels and tongs carefully removing the loaves from the pots.  The smell of warm yeasted bread wafting throughout the house is incredible.  As far as the flavor and texture, I can only describe it as glorious.  Beautiful, glorious bread with no burned bottom crust.

My mother has taken to making bread almost daily.  I converted her.  And trust me, if she can do it, you can do it, too.  This easier way of baking this bread is a game changer.  You’ll want to bake bread all the time and I don’t blame you one bit.  You’ll never want to buy artisan bread again.

Tips:  If you have two pots with oven safe lids that can fit in your oven, make two batchs of this at the same time and bake both loaves at the same time.  The baking times are the same and you’ll be happy to have two loaves because the first one always disapears so quickly.  Any leftover bread can be stored in a ziplock bag.  The crust will soften a bit in a ziplock bag but it makes for excellent sandwich bread, toast, and for making croutons. 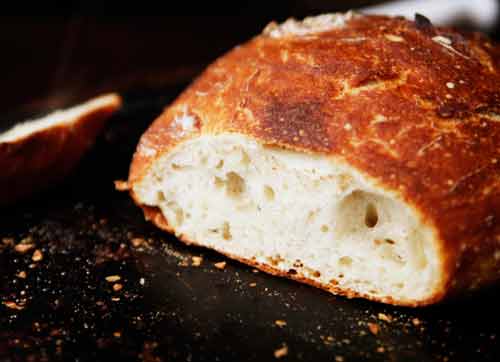