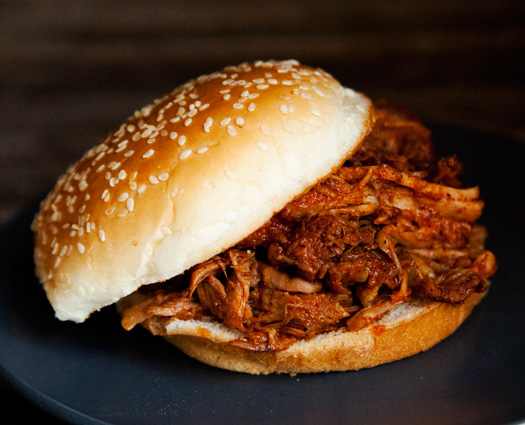 Making pulled pork sandwiches would be a heck of a lot easier if I used a slow cooker and started the process in the morning.  But since my slow cooker is packed in a box somewhere in the attic I decided to prepare tonight’s dinner on the stove top using a heavy duty pot with a lid. 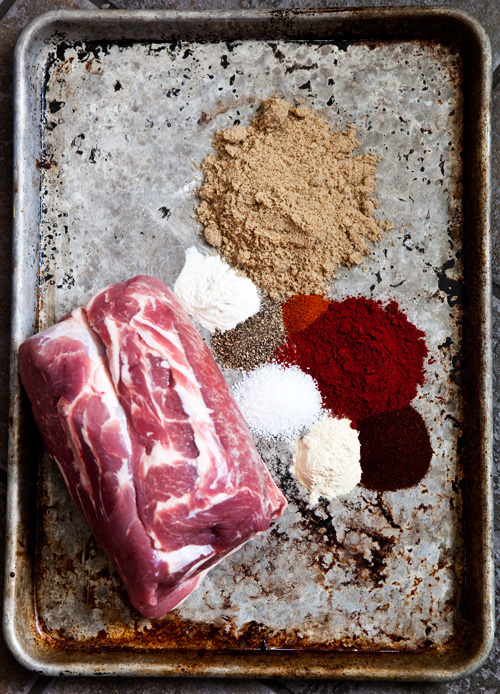 Instead of braising the pork in my favorite bbq sauce, I decided to try something different.  I found a dry rub recipe for Kansas City barbecue ribs on About.com.  I adapted the recipe ever so slightly and massaged the rub into the large cubes of pork.  I decided not to sear the meat but instead added water and a couple chicken bouillon cubes to the pot and let the pork first come to a boil reducing the heat to a low simmer for two hours.  Two hours later I grabbed a few pieces of the pork with metal tongs and  was very happy to see the pork pull apart so beautifully. 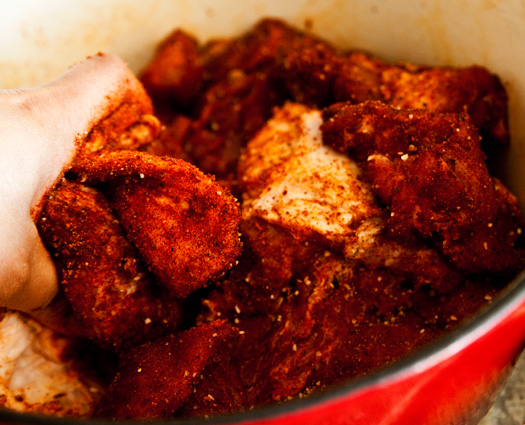 I piled a generous amount of pulled pork on top of several hamburger buns and dinner was served.  My husband, a bbq connoisseur, devoured his sandwich and went back for seconds.  All he could tell me was how awesome the meat was.  I ended up eating two sandwiches. 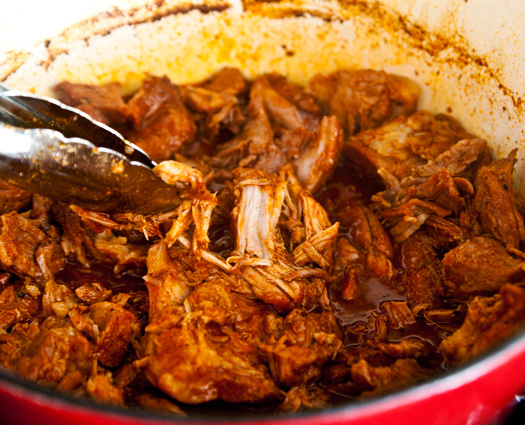 If you’ve wanted to try a different type of pulled pork recipe, I recommend giving this one a go.  I’m adding this one to my recipe file as a “keeper.”

Hope you have a wonderful Memorial Day weekend!