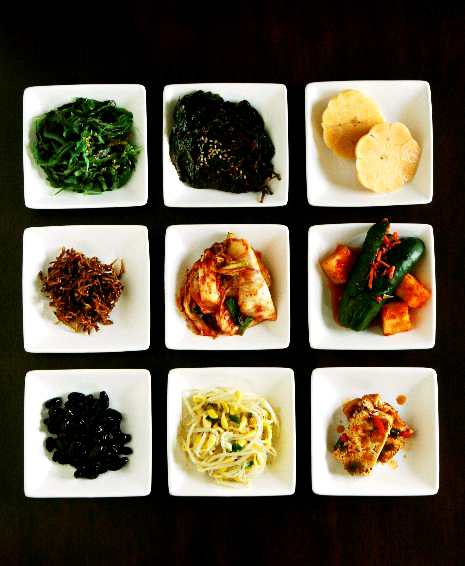 Thank you to everyone who congratulated me on the recent news that I won Saveur’s recent photo contest.  If you have no idea what I’m talking about, last month Saveur.com held a contest titled “Saveur Cover Contest” asking readers to submit their “best images – photography that would look right at home on Saveur’s cover”.  It was the first time in their history that they hosted such a contest. 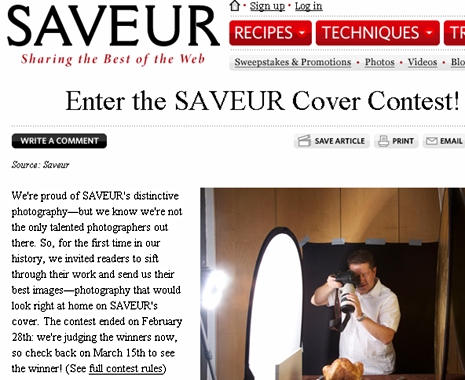 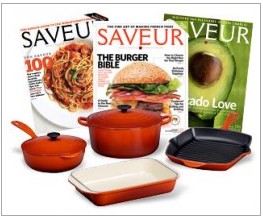 There were over 900 submissions, so I was stunned when I found out Saveur’s Editor In Chief, James Osland, chose my picture of Korean Banchan as the winning photo.  The timing of the contest couldn’t have been better because the winner of the contest would receive $550 worth of Le Creuset cookware.  Two weeks ago my husband and I decided to get rid of our ten year old non-stick cookware set we bought from Costco because all the non-stick coating had worn off.  I’ve been researching different pots and pans and so far had only replaced a skillet.  As I type this, my new cookware set is on route to arrive on our doorstep any day.  I had always wanted to have some pieces of Le Creuset cookware -now I have a whole set!  To say our family is excited would be an understatement.  Who are we kidding, we are ecstatic!

Thanks again for all the sweet tweets and emails.  It is so wonderful to be part of such a supportive food community.

PS:  Two of my friends, Cathy Danh of Gastonomyblog and Greg Henry of Sippitysup were runner ups in the contest.  To see their beautiful photos along with the other runner ups, the link can be found at Saveur.com’s gallery.