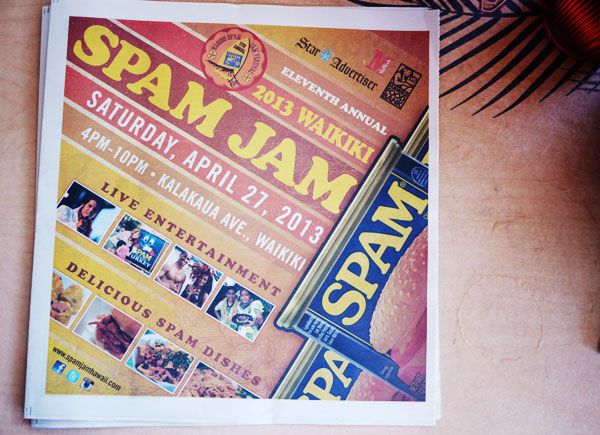 Just over 2 weeks ago I was one of over 25,000 people walking along Kalakaua Avenue in Waikiki enjoying SPAM Jam, one of Hawaii’s largest and most popular food festivals.  This year’s 11th annual SPAM Jam included 15 popular local restaurants dishing out their most creative bites that featured SPAM, and with the proceeds benefiting the Hawaii Food Bank.

I am not new to the food festival circuit, but I must admit I think SPAM Jam is like no other festival I’ve experienced.  It’s like going to a sporting event where everyone wears the jersey of their favorite players and teams, except at SPAM Jam thousands of people wear their SPAM branded shirts and other clothing.  Talk about local pride.  Hawaiians definitely love their SPAM and proudly congregate to express this for six hours. 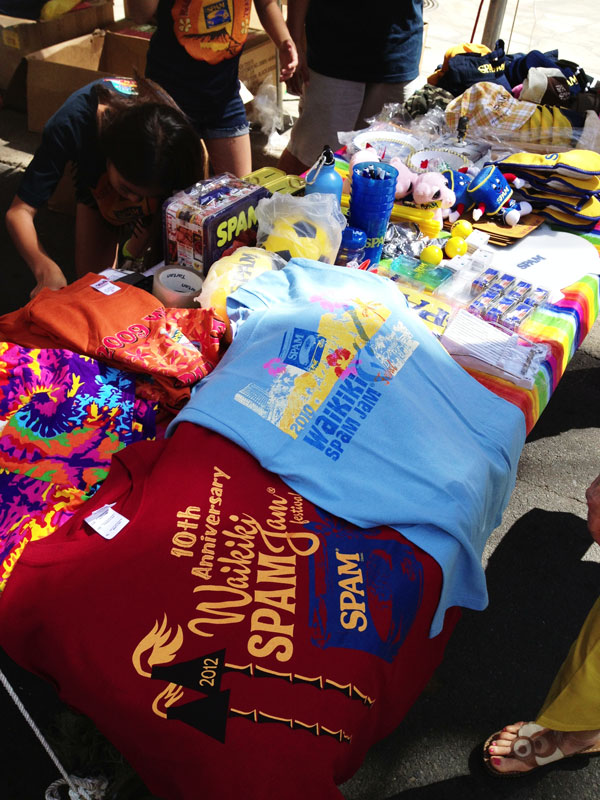 There were many booths selling all-things SPAM.  Totes, toys, t-shirts, key chains, bumper stickers, and lunch meat slicers were just a few of the items I saw quickly selling.  I learned the hard way, you snooze you lose. No slicer for me because when I went back to the tent to buy one they were all sold out! 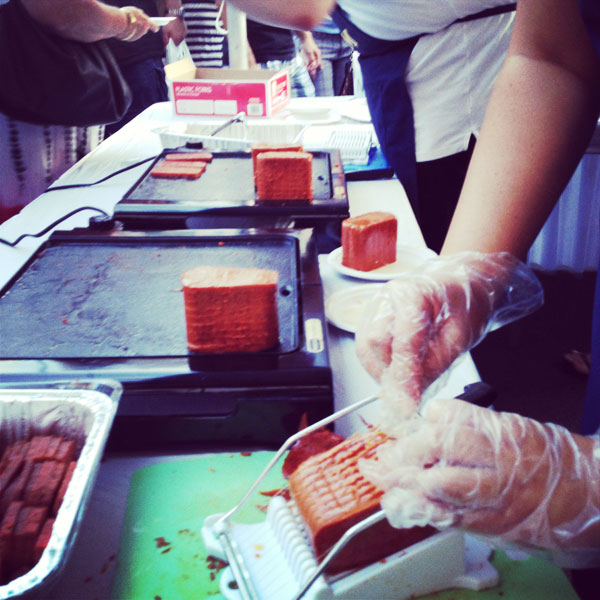 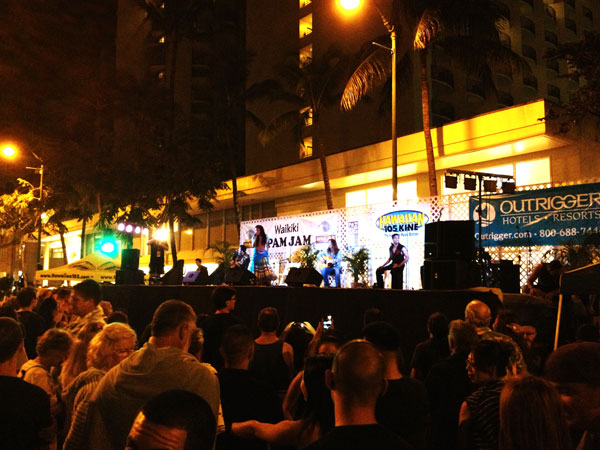 The festival also hosted two performing stages where I saw with my own eyes a Hawaiian version of Psy’s Gangnam Style and Adele’s Rolling in the Deep, which I found myself mesmerized by.  The atmosphere was laid back and fun simultaneously.  Everywhere you looked, people were just enjoying themselves and their SPAM. 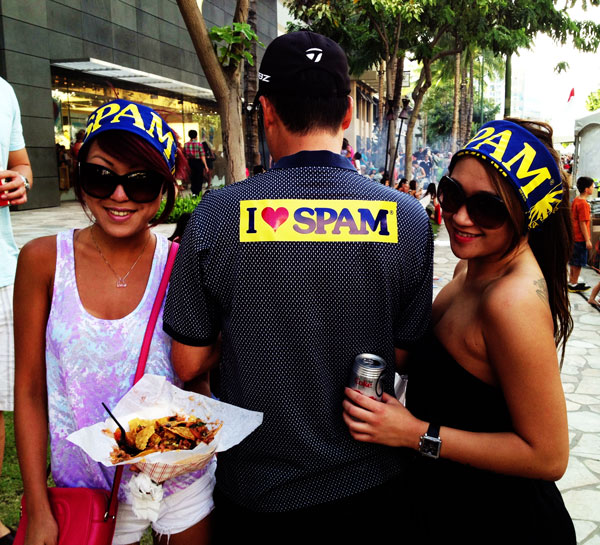 Hawaiians consume about 7 million cans of SPAM a year.  This is more than any other state in the US.  The cultural significance of SPAM in Hawaii dates back to the World War II era when soldiers were served the “spiced ham” because meat was difficult to get to the frontline soldiers.  Eventually, SPAM made its way beyond the military bases to the surrounding native communities.  SPAM became a cultural staple among Hawaiians, Pacific Islanders, and many other Asian countries including the Philippines. 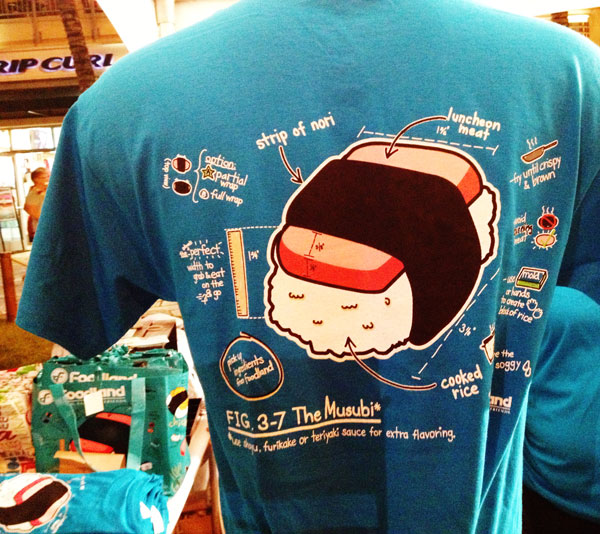 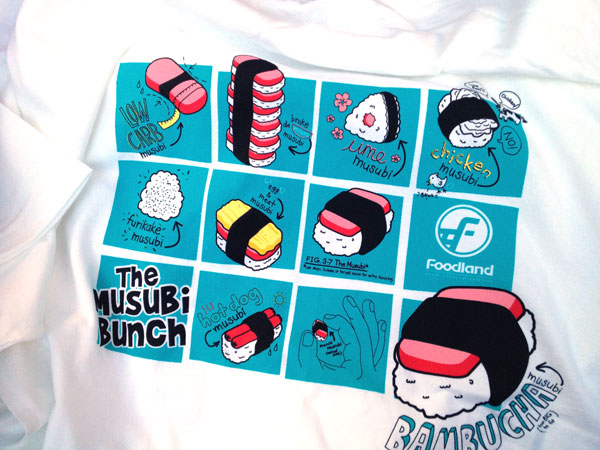 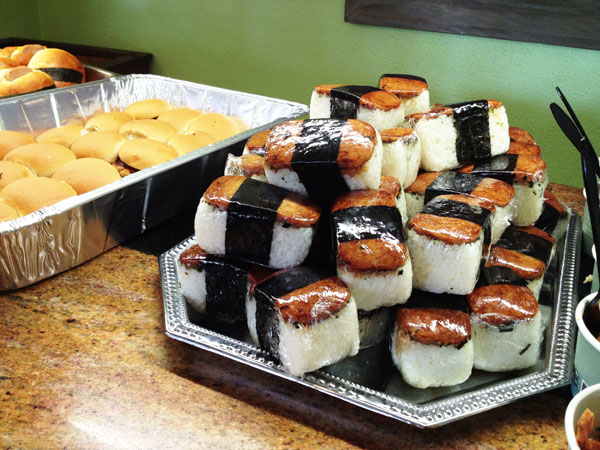 The most popular SPAM dish in Hawaii is the Spam-musabi, a rectangular formed rice ball with a slice of pan-fried spam on top and wrapped in nori.  One of these days I am going to post a recipe for this because it reminds me of my childhood.  In fact, I still eat Spam-musabi at church when someone brings a platter to share. 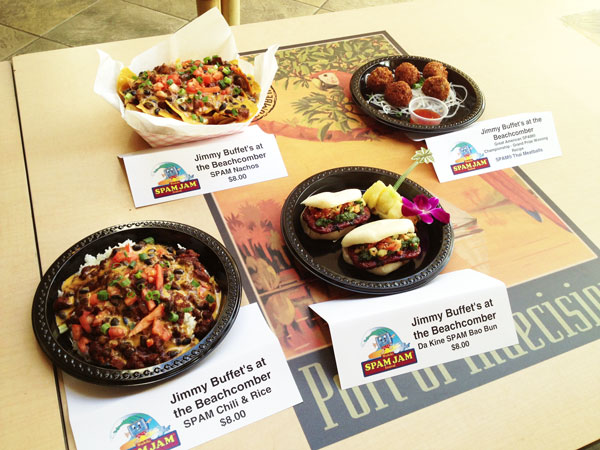 The food, of course, was the highlight of SPAM Jam.  I attended a Tweet-Up at the Jimmy Buffet restaurant as the event was starting to sample some of the food with other media and local food bloggers.  The Jimmy Buffet Restaurant was also one of the restaurants selling bites during the festival, and they featured Caroline’s Grand-Prize SPAM National State Fair Blue-Ribbon recipe for Thai-Inspired meatballs.  The lines were at times a block long for this dish, which was amazing. 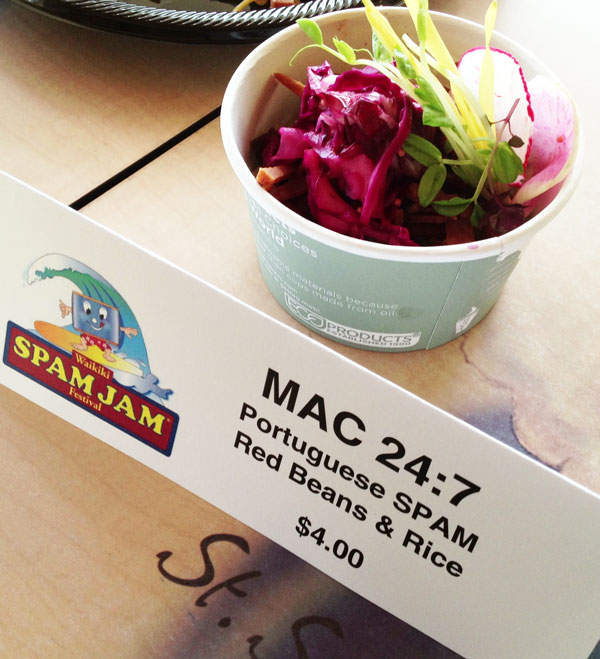 A couple of my most favorite bites aside from Caroline’s meatballs were the SPAM Bao buns, also from Jimmy Buffets, and Mac 24/7’s Southern inspired Red Beans and rice.  A few of the more unique dessert dishes represented during this year’s festival were SPAM popsicles, SPAM cheesecake, and SPAM apple crisp a la mode.  I tried the apple crisp and the salty-sweet combo worked beautifully.  And no, we are not talking huge chunks of SPAM in the apple crisp. More like little tiny bits – think bacon bit size. 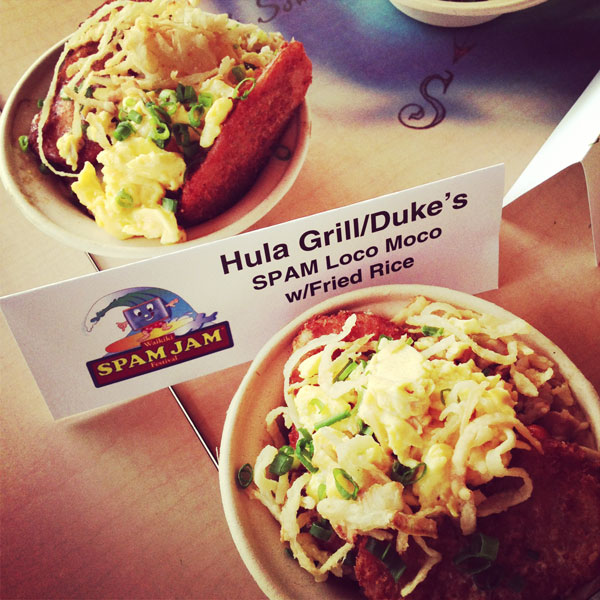 All and all, this was one of the liveliest food festivals I have ever experienced.  The food, entertainment, and the people make this event one not to be missed.   If you happen to be in Oahu next year during the last weekend of April, make sure to add this free family event to your itinerary. 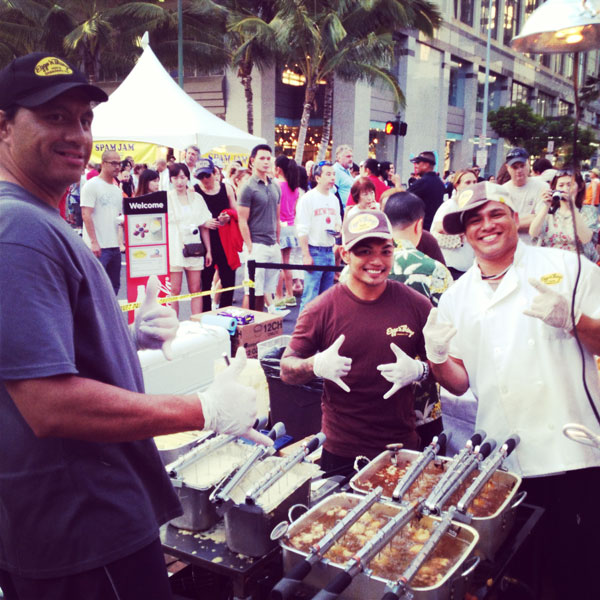 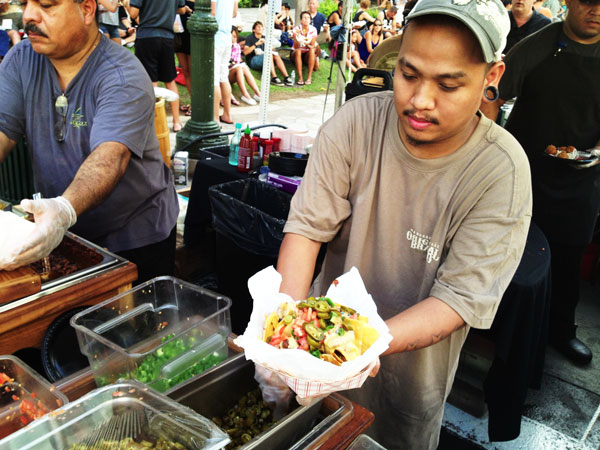 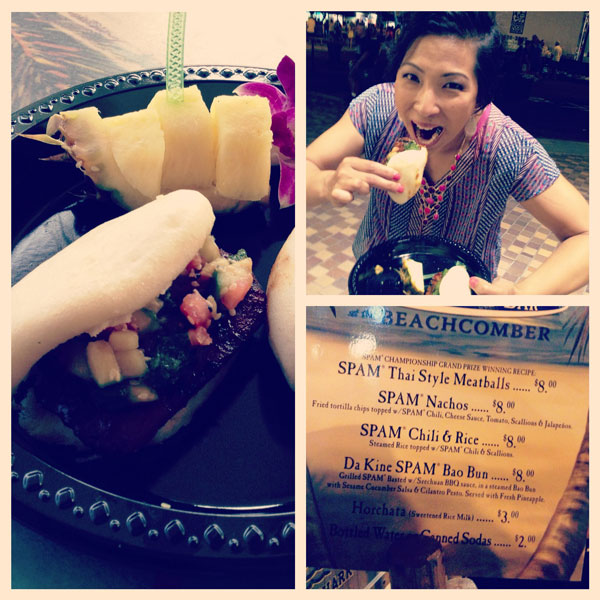 As a side note, as the summer approaches and State Fairs everywhere hold infamous recipe competitions, you might check to see if there is a SPAM contest.  Who knows, it could be your recipe next year being served to thousands of people.  If you live in Washington, I’ll be judging the SPAM submissions at this Western Washington State Fair, also known as the Puyallup Fair.  You may want to start working on your submission for September’s contest.

Thanks to SPAM and the Blue Ribbon Group for hosting me, I had one unforgettable time!