I vaguely remember the first time I made my first pumpkin pie.  My father, a diabetic, commissioned me to bake him a sugar-free version so he wouldn’t be tempted by all the sugary desserts during Thanksgiving dinner.  I was 11 years old without a mixer, pie plate, or a cookbook to guide me.  What I decided to do was follow the pie recipe on the back of a Libby’s pumpkin can and use a frozen pre-made pie shell.   I followed the instructions exactly as written and was excited when I saw there no were cracks on the baked custard surface and that my pumpkin pie actually looked just as I hoped it would.  My excitement only lasted a brief moment and turned to disgust rather quickly.  I took a bite and had to spit it out into a napkin.  Pumpkin pie without any sweetener is so bland tasting I thought I was eating store-bought baby food in a jar -yuck!

Over the years I’ve experimented with different recipes and sweeteners in search of the perfect pumpkin pie.  I know people have different qualifiers in what makes a good pie.  For me, I like homemade pies to be dense with a tad bit more spices than the Costco pie variety.  I also like my pumpkin pies not to be too sweet, otherwise I can only eat a sliver of a slice because the pie is so sweet it distracts the flavor of the spiced pumpkin custard.

What I have for you is a pumpkin pie worthy of being your primary Thanksgiving Day dessert.  You can never go wrong with a homemade pie considering so many people are used to eating store bought/Costco ones. Friends and family always appreciate scratch baking and this pumpkin pie is the perfect ending to your holiday dinner.  Don’t forget to serve each slice with a dollop of whipped cream and a cup of coffee. Enjoy. 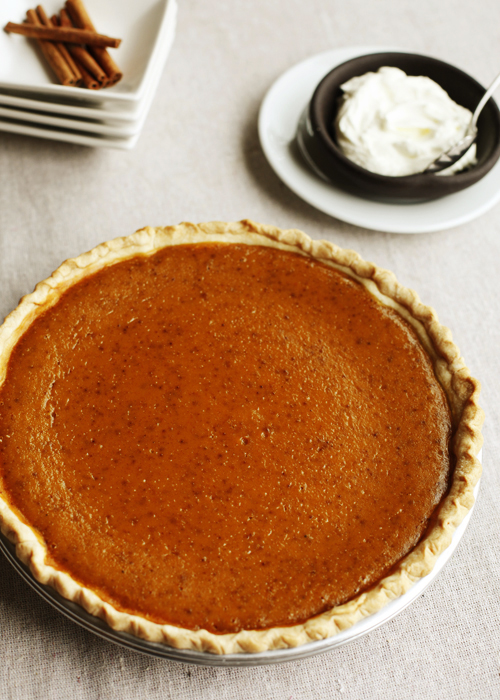 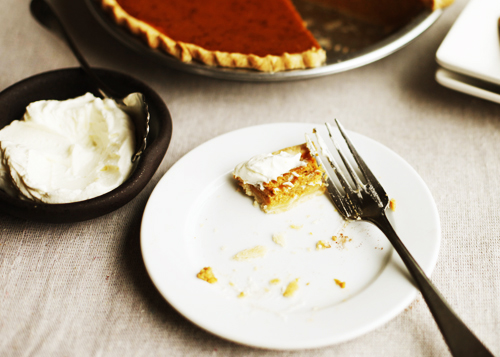