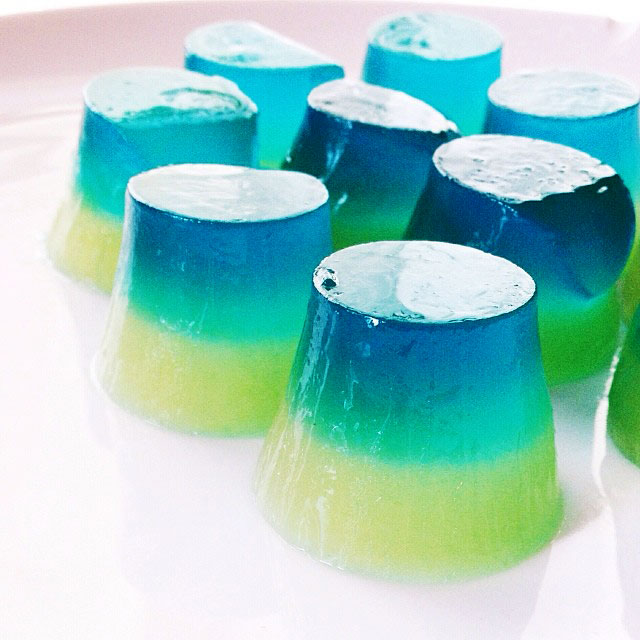 Seahawks fever is at an all time high in Seattle and with the possibility of another Superbowl appearance 12th Man fans are going crazy! Just this morning my daughter was panicked because she couldn’t find her Seahawks shirt for Seahawks Blue Pride Friday at school. It’s just hitting me that we may be on the verge of a REPEAT. Last year with all the hype surrounding the Seahawks VS Denver game, Seattle fans knew it would be a challenging game going in, but no one anticipated how dominate the Hawks would play to win the Lombardi.

For last year’s Superbowl game, we watched the big game with our friends. I made many of these spiked Seahawks themed jello shots for the adults. The thought behind when to take the shots was simple. When the Seahawks scored, take a shot. I was not prepared to take shot after shot so quickly. Before we knew it, the shots were gone, the Seahawks were champions, and I savored all of it albeit I felt a little dizzy. I waited nearly 40 years for that moment to happen and since then I’ve just settled with the thought it may not ever happen again. Except, we are on the verge of it happening again. One more game to go and we are going to the Superbowl! And if we do…. To my 12th Man fan friends… these shots are for you!
Go HAWKS!